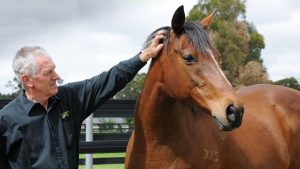 All breeders set out to breed sound and competitive racehorses, with the dream of maybe one day breeding a horse worthy of being called a Champion.

For Oakland Park Stud, that dream came true – we were blessed to have bred Northerly. As history now records, Northerly, or as we affectionately call him “Norton”, was probably the most unlikely candidate to rise to the level he did. He was born without a pulse. His legs were not correct, and wasn’t that flash to look at. However, as we were to find out – he had that elusive X factor. That special something that only very few equine athletes throughout history have possessed.

His story and his never give up attitude on the race track endeared him to the Australian public. Even to this day, he has a legion of fans around Australia.

We owe so much to Northerly. We will be forever indebted to our “unlikely champion”. 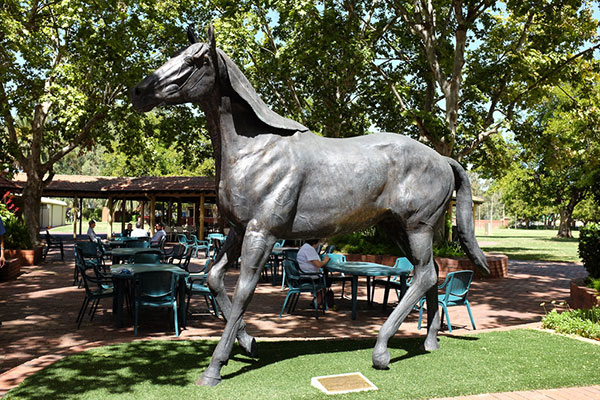 After one of Northerly’s wins, I was asked: “How good is Northerly?” My off-the-cuff response at the time was “I’ve never trained one half as good and I don’t believe I’ve seen one better.”
With the passage of time and reflection on the same question, my opinion of Northerly has only grown. Northerly was a good old fashioned champion. 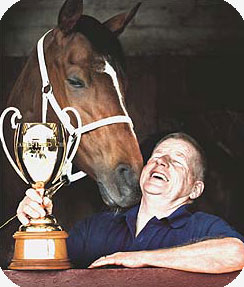 He did not need a race run to suit him. He took on all comers on all tracks, he asked no favours and gave none; there were no ifs or buts, no excuses, from any barrier, on any track.

There was no talk of track bias; no discussion of good or bad fortune. He didn’t need luck to win, he made his own. He did it tough and never quit.

His memorable clashes in the Feehan Stakes and two Cox Plates with Sunline (the best middle distance horse I have seen) were what racing is all about – truly run races with no quarter asked nor given. They stand out in my mind as career highlights.
His two course records were memorable performances. The 1600 metre record at Caulfield fell to him in his first Melbourne start when he carried 58kg to an emphatic four – length victory in the Carlyon Cup. In his first Australian Cup win, he clocked the fastest 2000 metres then run on the hallowed turf of Flemington.

Northerly made a difference wherever he went.

Racing is now certainly different for me without him. He is retired at his birthplace, Neville Duncan’s little piece of paradise near Margaret River in WA, in excellent health with no lasting soreness in his troublesome tendon.

He has left me and my family (as well as his many loyal fans) with incredible memories. For me there will never be another Northerly; he stands alone. He was and is – SIMPLY THE BEST.

He fools you every time he races. He has the body language of a loser and a heart as big as the Nullarbor. He invariably looks to be struggling, a shambles of a horse blundering around on memory while his jockey pumps and blusters. Then he gets going. One instant Northerly looks beaten, the next he looks unbeatable. The closer he gets to the post, the harder he tries. He grinds on. And on. And on. He simply refuses to be beaten.

Northerly was embraced by the racing purists and public alike

He fought in his races like a tenacious bulldog. Quite often he was under hard hands-and-heels riding, seemingly spent, only to relish the fight to the winning post.

Northerly is the best of the best – a real champion. You never give up on this horse because he never gives up.

“Northerly is an out and out champion.”