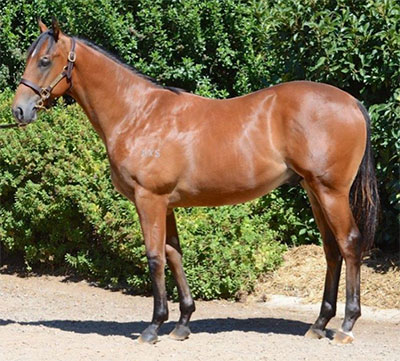 A good week for Oakland Park bred yearlings in Melbourne, with Jukebox making it two from two winning the $250,000 Listed Inglis Premier (1200m) at Caulfield on Saturday.

This follows on from our 2016 Inglis Premier sales topper Dicumus winning on debut at Ballarat earlier in the week.

Jukebox has now asserted himself as one of Victoria’s leading two year olds and a genuine contender for the Group 1 Blue Diamond Stakes.

“Fitness wise he has improved out of his first run and I still think there’s a bit of improvement there also. It’s three weeks into the Diamond now so it’s a good spacing.’’

Oakland Park sold Jukebox at the Inglis Premier sale last year for $200,000, which now looks to be a bargain buy for connections.

He is the fifth of her six progeny of Jestatune to race, of which four are race winners.

Jestatune has a Not A Single Doubt filly on the ground.

Back to back for Oakland Park’s Policiere

Another Winner for Oakland Park

Another Saturday winner for Sessions at Ascot

Massimo to tackle the Northerly

3 in a Row for Massimo in Farnley Stakes