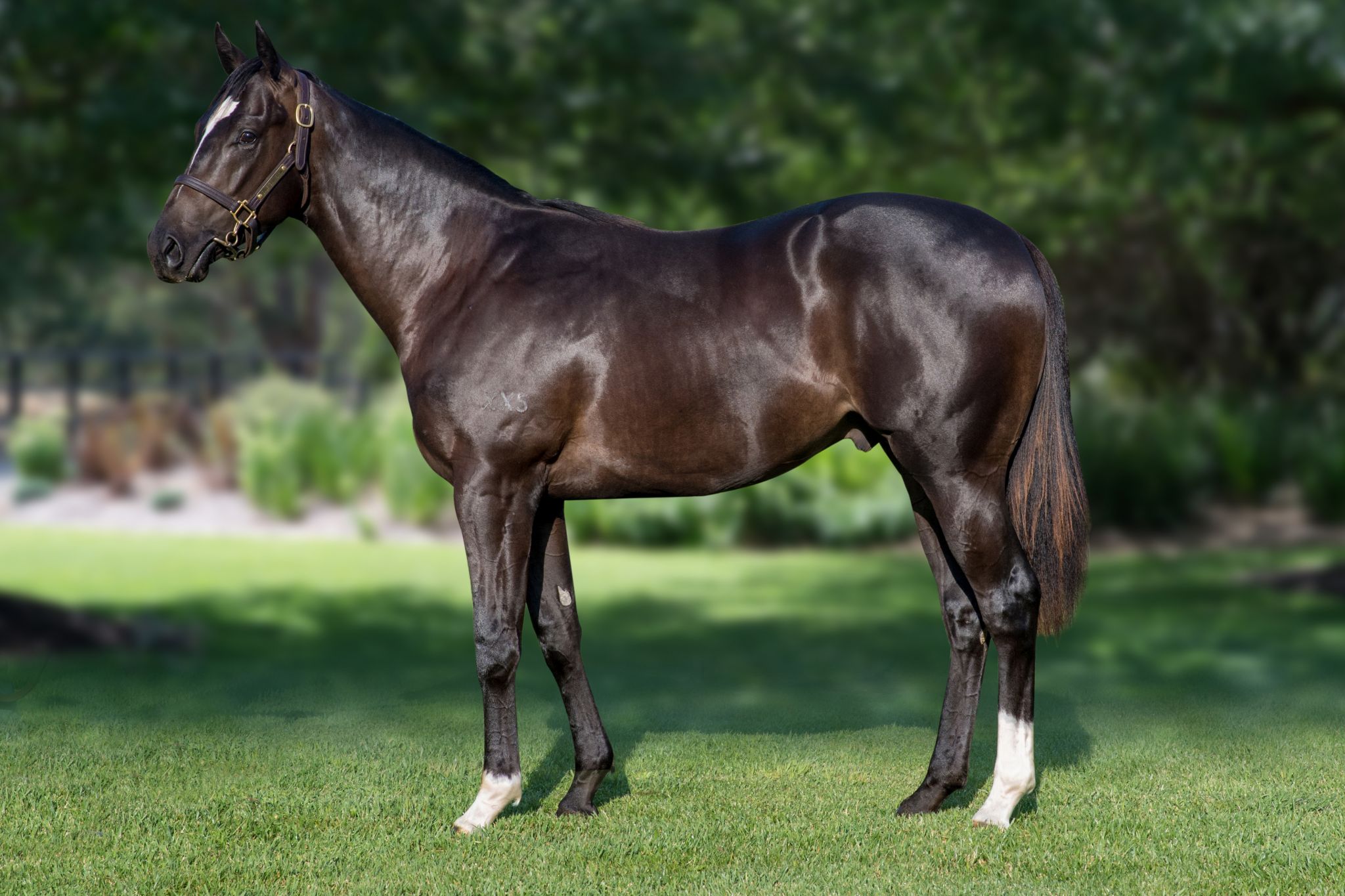 Oakland Park Stud’s Snitzel – Jestajingle colt became the third most expensive yearling to ever sell in Victoria when making $725,000 on Sunday.

Sporting Oakland Park’s XX5 brand, Lot 227 (pictured) stole the show with fierce bidding creating spectacular theatre for the enormous crowd in attendance for Day 1 of the Inglis Premier Sale.  He was entered by leading WA breeders Neville and Susan Duncan through the large draft from Euroa-based Blue Gum Farm.

“The Duncans are just the nicest people and they are also brilliant breeders, they keep sending us quality horses year after year,” Blue Gum owner Phil Campbell said. “They’re a pleasure to work with and I’m just delighted to get another great result for them.”

Oakland Park topped the 2016 Inglis Melbourne Premier Sale with a Snitzel – Beauty World colt that made $700,000 through Blue Gum.  He raced as Ducimus and claimed the LR Talindert Stakes (1100m) at Flemington for Orbis Bloodstock.

The Flemington feature earned Ducimus a start at stud in WA at Rivercrest Farm.

“We knew this colt was special,” Campbell said after the sale to Aquis Farm on Sunday.  “I think the price he obtained today was fantastic and we couldn’t have asked for any more.”

Snitzel has won the last three Australian sires’ premierships and his colt is the first foal from Jestajingle (Lonhro) who won at Ascot and Belmont for the Duncans and trainer Fred Kersley.  Second-dam Jestatune (Rory’s Jester) won a LR Gimcrack Stakes at Ascot and she is a half-sister to G1 Kingston Town Classic winner Ihtsahymn.

“He’s a top-level colt by a champion sire,” Aquis Farm manager Shane McGrath said.  “We thought he was a super mover, a real 2yo who’s come from great breeders.

“That’s what these top-quality colts are going to make.  They can be expensive but if they can come out and win a nice race, they’re a future stallion prospect which is what everyone is after.”

Meanwhile in Perth, Oakland Park upped its winning strike-rate when Sherpa Lass (Rogano) completed an unbeaten hat-trick at Ascot on Saturday.  She was passed-in for $22,500 at the 2017 Perth Magic Millions.

Oakland Park sire Sessions is also on a successful run with Ellie’n’pink becoming the 11th individual winner from his first crop at the Bunbury Stakes meeting on Wednesday.  She’s a homebred for Jim Lund and was facing the starter for the first time since an unplaced debut at Northam last August.

“It was a sensational victory and she powered up the home straight like a filly on the up,” trainer Adam Durrant said.  “She’s an imposing daughter of Sessions and was aided by a great ride by the Wizard Willie Pike.”

Back to back for Oakland Park’s Policiere

Another Winner for Oakland Park

Another Saturday winner for Sessions at Ascot

Massimo to tackle the Northerly

3 in a Row for Massimo in Farnley Stakes